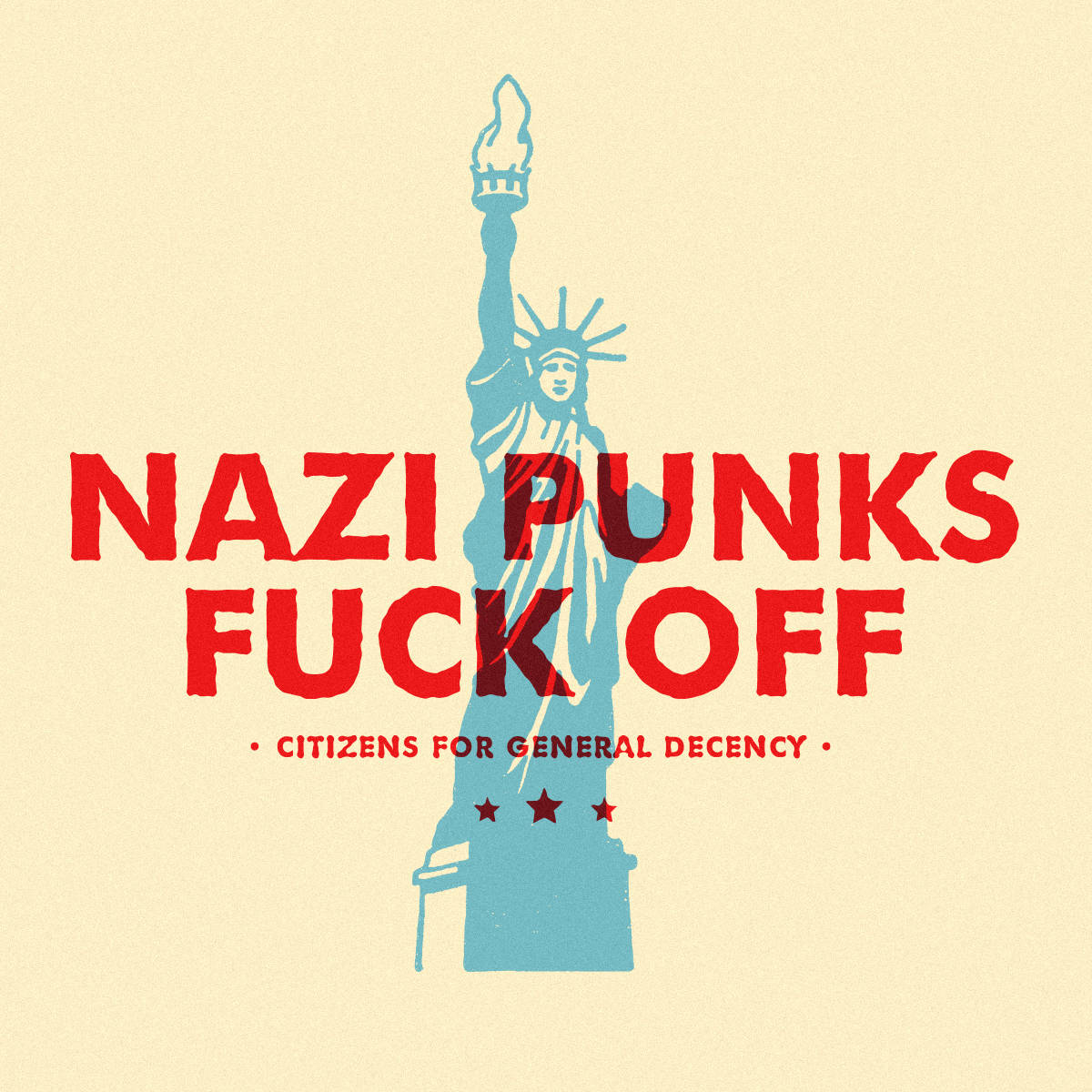 This is the week the President of the United States of America defended white supremacy and neo-Nazis. Not a good week. This poster captures the feelings of normal people perfectly well.

Posters via Citizens For General Decency:

I’m going to cut to the chase here: I think Donald Trump is a terrible human being who doesn’t deserve a shred of respect let alone consideration for the highest office in the land. Trump is a festering cauldron of crass stupidity, egomaniacal delusion, and terrifying hatred. He represents the worst of this country — blind privilege, willful ignorance, nativist jingoism, racism, sexism, xenophobia, etc.

In an effort to combat this base tide of political and social regression, we here at the Citizens For General Decency (a group I just made up) have created a collection of posters & adverts to share with your fellow voters. They celebrate the USA we know & love. We believe that America is better, deserves better, and will ultimately decide for the better come November.

This project was done before the Election. The “Only One Side” is a timely addition. 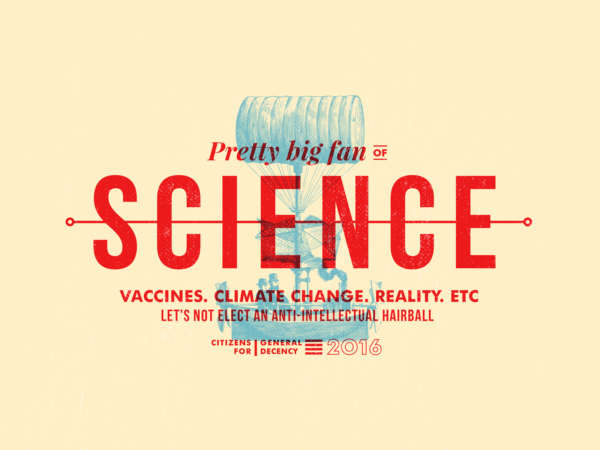 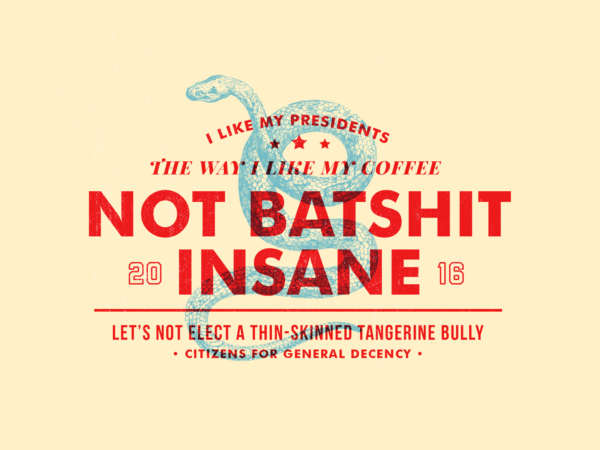