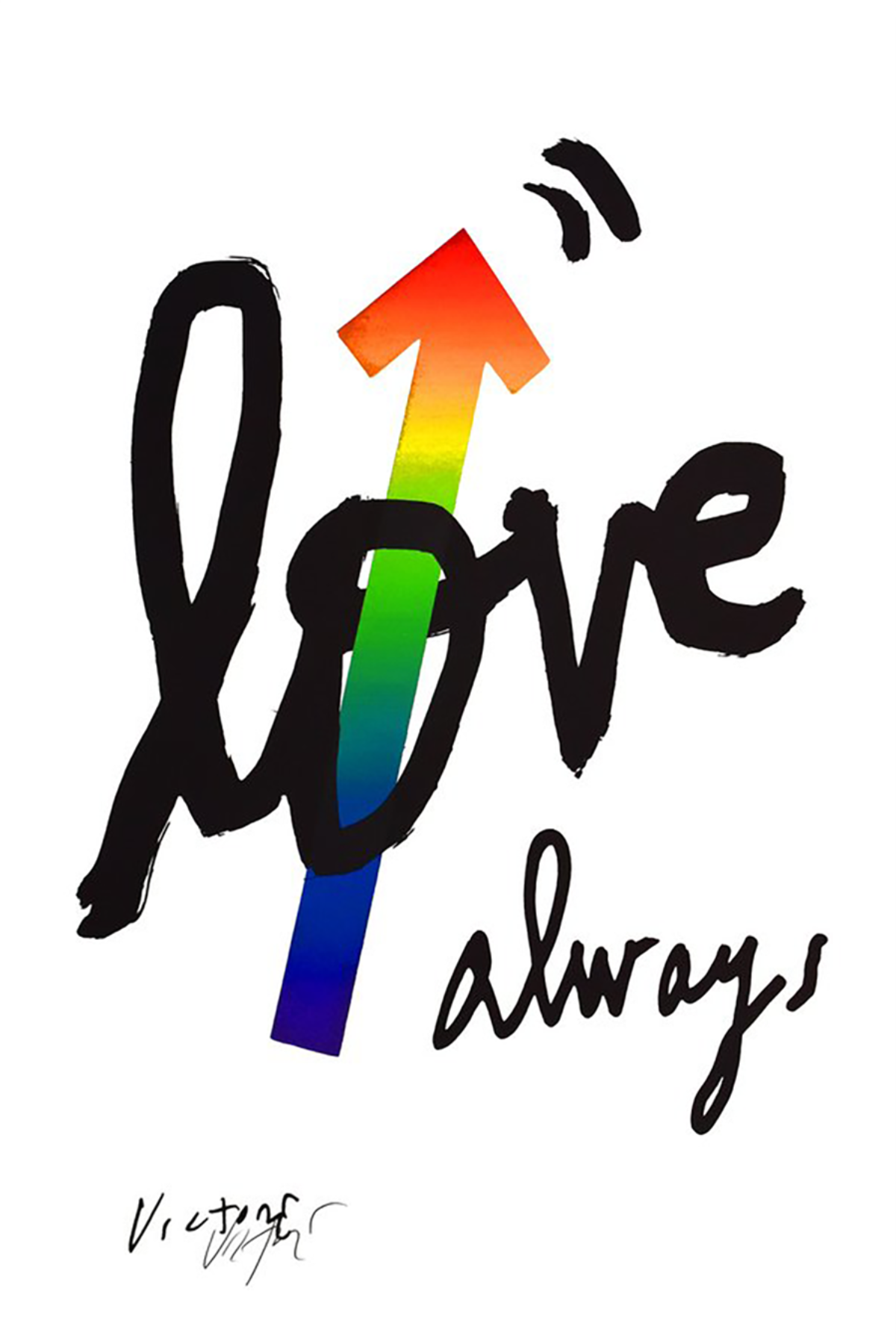 Love is the answer to the question. This 7 color screen print says all you need to know. Proceeds to benefit the Houston Food Bank.

The world is in a frickin’ pickle right now with monster storms, racial, sexist and LGBTQ tensions, pending nuclear war…

The United States particularly is suffering from a lack of empathy. We have a compassionless leader who, in order to push his personal agenda, has chosen to separate and divide rather than unite the country. We, the world, need to rise above petty politicians. Our response to other’s needs should come from our generosity and kindness, not our base defaults of fear and suspicion. Your Love, tolerance and empathy are what’s needed in the world today.

“Love, always” is going back to my roots as a social/ cultural/ political poster designer, using graphic design to comment on the injustices and carelessness of those who should know better. After Trump’s attack on LGBTQ in the military, then the wave of storms devastating the South East and Caribbean, I decided to release it as a limited edition print, make it available to you and send the proceeds to the Houston Food Bank. 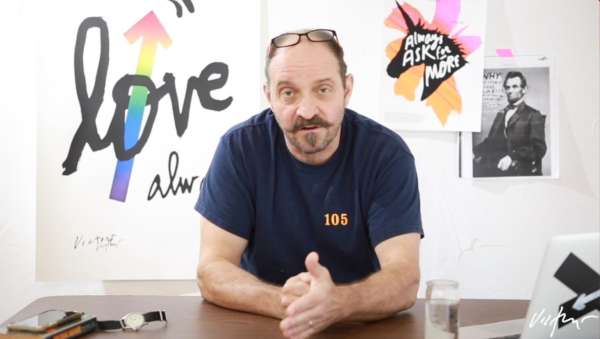