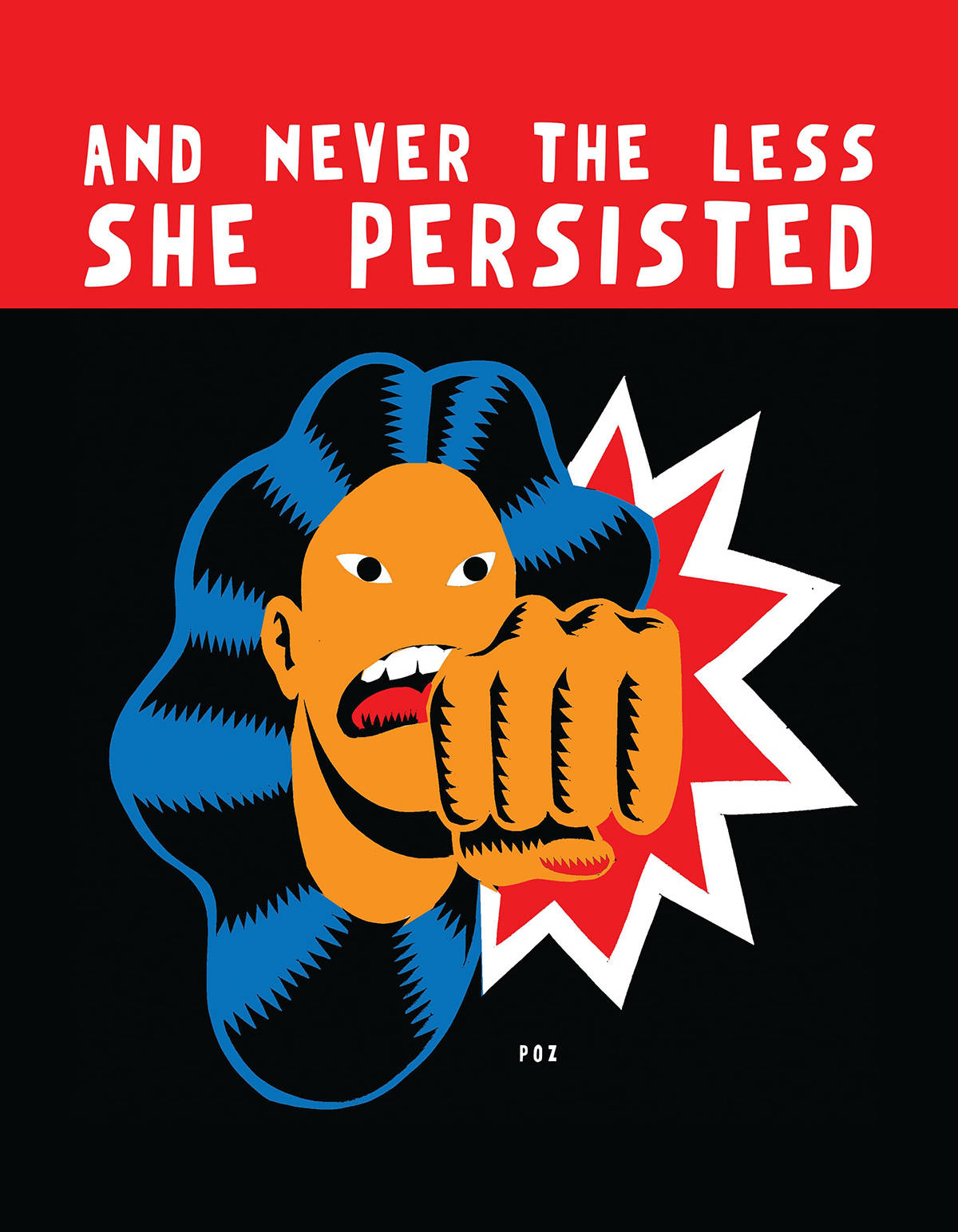 Poster via The Guardian:

This paper-cut artwork by Zierlein, a German illustrator based in Northampton, Massachusetts, was inspired by the 2017 US Senate vote to silence Senator Elizabeth Warren’s objections to confirmation of Senator Jeff Sessions as US attorney general. Following the vote, Senate majority leader Mitch McConnell said: “She was warned. She was given an explanation. Nevertheless, she persisted.”